With a Focus on Building Capacity, a Real Estate Winner Gives to Local Nonprofits 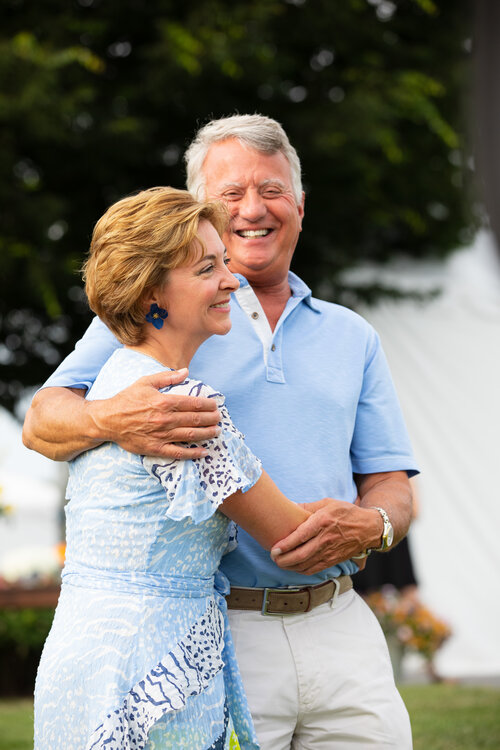 By: Ade Adeniji, Inside Philanthropy

Launched in 2005, the Ausherman Family Foundation provides a variety of grants that “catalyze new projects and assist nonprofit organizations in achieving new levels of effectiveness.” Grantmaking is centered on the Frederick County, Maryland, region about 50 miles west of downtown Baltimore. The Ausherman family made their fortune in real estate and run the foundation with a small group of trustees and staff. I recently connected with founder Marvin Ausherman and Executive Director Leigh Adams to find out more about this regionally focused funder.

Marvin Ausherman’s call to philanthropy is deeply rooted in family, particularly his father, who started a homebuilding company in the region in the early 1950s. After Ausherman graduated with an architecture degree from Miami University of Ohio in 1974, he joined his father and helped build up the company. Along the way, he also saw his father make contributions to local institutions, including the YMCA and his church. “I simply continued what he started,” Ausherman tells me.

Ausherman eventually took the reins of the family business, and about two decades ago, sold the company. Since, he’s worked as a commercial developer and a philanthropist—splitting about 50 percent of his time on each. And when Ausherman launched the foundation last decade, he wanted to continue the family legacy by engaging his children, two of whom currently serve on the board. Ausherman’s wife Renee, a longtime CPA, also serves on the board.

We write a lot about place-based giving at Inside Philanthropy, and how big and small funders alike find deep value in an approach that often varies from donor to donor. For example, we wrote recently about Pittsburgh giver Evan Segal, who sees his regionally focused giving as an opportunity for innovation and testing programs. Marvin Ausherman, meanwhile, spoke of the importance of capacity building, along with accountability: “Nonprofits recognize us as being very serious in our funding and having high expectations. They know when we offer grants, they need to utilize it as they intended. We also offer grantees advice, help with strategic plans and nonprofit governance,” he says.

Additionally, the foundation hosts about 120 people annually for nonprofit training. “The wonderful thing about being local is that we can reach out and directly touch our community,” Ausherman adds.

While the foundation offers regular grants, it also catalyzes community benefit projects, creating a facility or concept from scratch and supporting its evolution. In this way, Ausherman doesn’t just support existing nonprofits and build up their capacity, but also launches new organizations. Leigh Adams tells me that recognizing these community needs is critical.

For example, seeing a gap in mid-sized theaters and the impact that had on local artists, Ausherman stepped in to address that community need. The foundation purchased a building in the heart of the downtown theater district and helped to start a new performing arts nonprofit, New Spire Arts. Loaning out the foundation’s staff and tapping into their nonprofit and governance experience, it worked to establish a board of directors made up of community leaders that now governs the theater. Ausherman used his development background and renovated and upgraded the building to become a state-of the-art, 300-seat black box theater.

Ausherman and Adams also told me about their partnership with the Frederick Arts Council to hire a master arts planner from Philadelphia to develop a Public Arts Master Plan. “It took about two years, but now the community has a master plan for public art. In the meantime, we’ve also implemented public art in other places,” Ausherman explains. Adams says she hopes that their work will galvanize others in government and beyond to work together.

Through the years, the Aushermans have funded the Frederick Speaker Series (FSS), though not to the degree they used to—revealing the ideal funding trajectory for this grantmaker. FSS was catalyzed by the example of the Baltimore Speaker Series, which Ausherman frequented. Ausherman began by funding FSS’ first year, and has scaled back support gradually. Currently in its seventh season, the series is run by committee, and the local library is a big contributor. The Aushermans are now $10,000 sponsors for the FSS, which has hosted the likes of Neil Gaiman, George Takei, Bill Nye and Colin Powell in the community.

More than just funds, though, Ausherman is also about pulling relationships together, which Adams calls particularly important for these community benefit projects. One example is the Nonprofit Summit, a committee formed of local foundations that work to provide high-quality, affordable educational opportunities to expand the knowledge base of Frederick’s nonprofit board members, leaders, staff and volunteers. Ausherman also provides leadership to the Downtown Safety and Service Initiative.

When I asked Ausherman how he’s built this strong network of partners through the years, he listed a few key elements. First, he feels that funders need to have a sincere and open desire to help. “Our integrity, dependability, matters. When we commit to do something, we do it. We follow through, just like in business.” He also talks about holding nonprofits to a standard, and helping them empower themselves. “We have high-quality expectations. And the community has risen to those expectations,” he says.