​Fishing. A peaceful, quiet pastime that connects one with nature. One of the most crucial elements of the fishing experience, not including patience and silence, is a good fly. A common fly used today in saltwater and freshwater was designed by Frederick native, Bernard “Lefty” Kreh. His ingenuity in the field of fly fishing, his ambition, and service have inspired the Friends of Lefty Kreh to commission Antonio Tobias (Toby) Mendez to create a statue in Lefty’s honor. Toby has over 30 years of significant sculpting experience and made the local John Hanson Memorial among other famous sculptures.

The Ausherman Family Foundation is pleased to support this effort to memorialize Lefty Kreh. A statue of Lefty Kreh practicing his famous fly fishing technique will be placed in Culler Lake. This effort is also being supported by celebrities including Michael Keaton, Tom Brokaw, and Bob Clouser.

Kreh was born in 1925, and he was the oldest of four children. After his father passed away, Kreh caught and sold fish in marketplaces in downtown Frederick. Before beginning his career as a famous fly fisher, Kreh also served during the Second World War and fought in the Battle of the Bulge.

After his service ended, he returned to Frederick and worked at Fort Detrick. During this time, he began to pursue his passion for the outdoors by taking up the hobbies of hunting and fishing. Throughout the remainder of his life, he would write and photograph for several magazines and journals including the Frederick News-Post and the Baltimore Sun.

He took his career to the next level by forging a friendship with Joe Brooks. Through this connection, Kreh was recommended and given a position as the full-time manager of the Metropolitan Miami Fishing Tournament. After eight years in this position, he returned to Maryland in 1972.

His accomplishments are tremendous. He was the author of many books including one titled Fly Fishing in Salt Water; he designed and taught a course on fly fishing; and he earned numerous national awards for his fishing. His technique was unique, and it served to open the door for others to join the field of fly fishing. 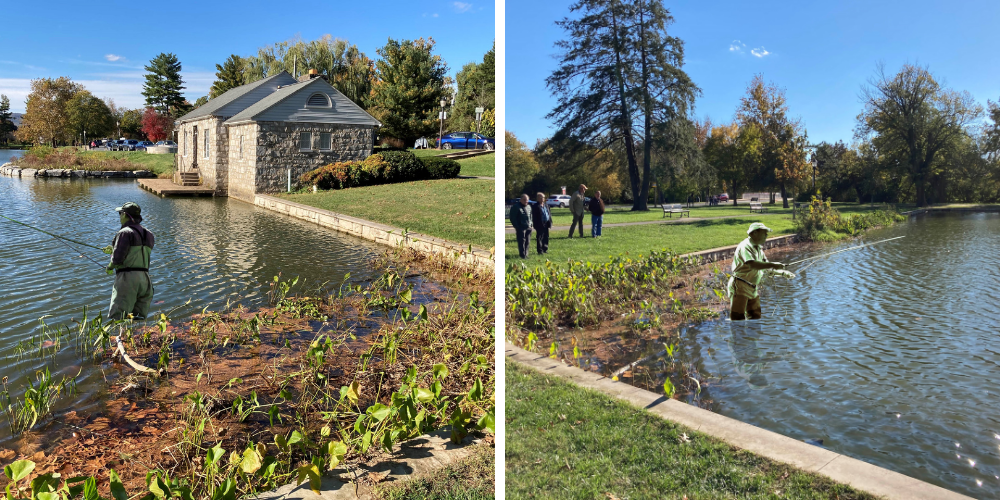