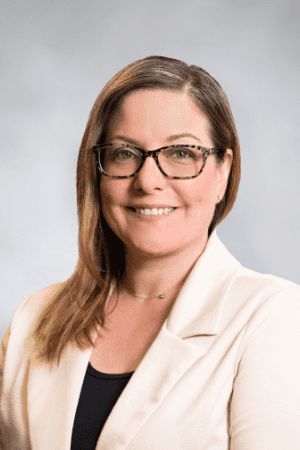 Kat’s previous non-profit experience includes service as Executive Assistant to the President at the Cable Television Advertising Bureau; service in progressive capacities at Adventure Theatre MTC in Montgomery County, MD.; and at Maryland Ensemble Theatre since 2018 as its Managing Director.

Most recently, at MET, Kat successfully grew the now 25-year-old theatre from a half-million-dollar budget to a 1-million-dollar budget during her four-year tenure. She steered MET through strategic planning, guided the organization through nearly two years of complete shutdown due to the COVID crisis, led a successful Capital Campaign for the renovation of the mainstage theater, and established the Theater District Collaborative to enable resource sharing & partnership across the resident theaters within the City of Frederick Theater District. She also served as the interim financial officer for New Spire Arts during the transition from a private organization to a local government-operated model.

Kat was born and raised in Frederick, MD. As a youth, Kat performed professionally in numerous musical and theatrical productions, including the title role of Annie, and performed as a featured singer in a national tour with The Temptations. Kat has also directed and written for the Maryland Ensemble Theatre (MET) and the Roundabout Touring Company in Western Maryland and has directed for several New York production companies, including The Free Shakespeare Project NY, Phare Play Productions, and Aisling Arts.

Kat is particularly passionate about serving the Frederick community through community-centric collaborative projects that enable all residents to enjoy art, culture, and a better quality of life – she is proud to serve at AFF, a Foundation that focuses its efforts on making Frederick an amazing place to live.

Return to the Summer 2022 Newsletter